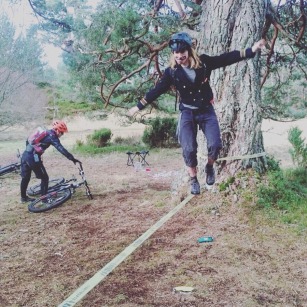 I’ve been neglecting this site. It perhaps not surprising. I’ve never been busier (and until a couple of weeks ago, ridden my bike less).

While The Adventure Syndicate goes from strength to strength, I seem to be getting more and more exhausted. But I’m not complaining. Not really.

In just 12 months we have pulled around us a community of people (most of them women) who are all reeling and bouncing off each other’s energy. All over the UK, many of the women we’ve had some sort of contact with (through our talk series, events, social media postings or training camps) are all asking themselves, “what am I actually capable of?” and the answer seems to be without exception “so much more than I thought I was.”

The same is true for me. If you’d told me this time last year that this collective of inspiring, encouraging and enabling female endurance athletes that we were amassing were going to have done all that we’ve done since May 2016, I wouldn’t have believed it. It’s been a blur of activity and a steep, exhausting learning curve but I wouldn’t have changed any of it for the world. I’ve met the most incredible people through The Adventure Syndicate journey so far and we’ve made such exciting plans together. Turns out I’m capable of more too (though I must be reaching my limits now surely!).